WHAT IS CARIBBEAN POKER?

Caribbean Poker has its origins in five-card stud poker. That’s why you might hear it called ‘casino stud poker’. The rules were derived from five-card stud poker, but the key difference between Caribbean and standard poker is that in Caribbean you play against the house rather than against other players. That means there’s no need to bluff, or worry about the other players. That’s why it’s perfect for online games.

There is a lot of disagreement about how the game began, but most people agree where the game began—in Aruba, which is in the Caribbean. (The name makes sense now, at least.)

Some people claim they invented the game, such as author and poker expert David Sklansky. His account has it that he invented the game in 1982, calling it “Casino Poker.” He says he brought the game to Aruba and the name was changed. Dennis King also claims to have invented Caribbean Poker when he owned a hotel in Aruba. Do we really care? Hmm, not really. It’s here, and who did what when is something for the historians. We just really like the game and we’re pleased someone created it!

WHAT ARE THE RULES? 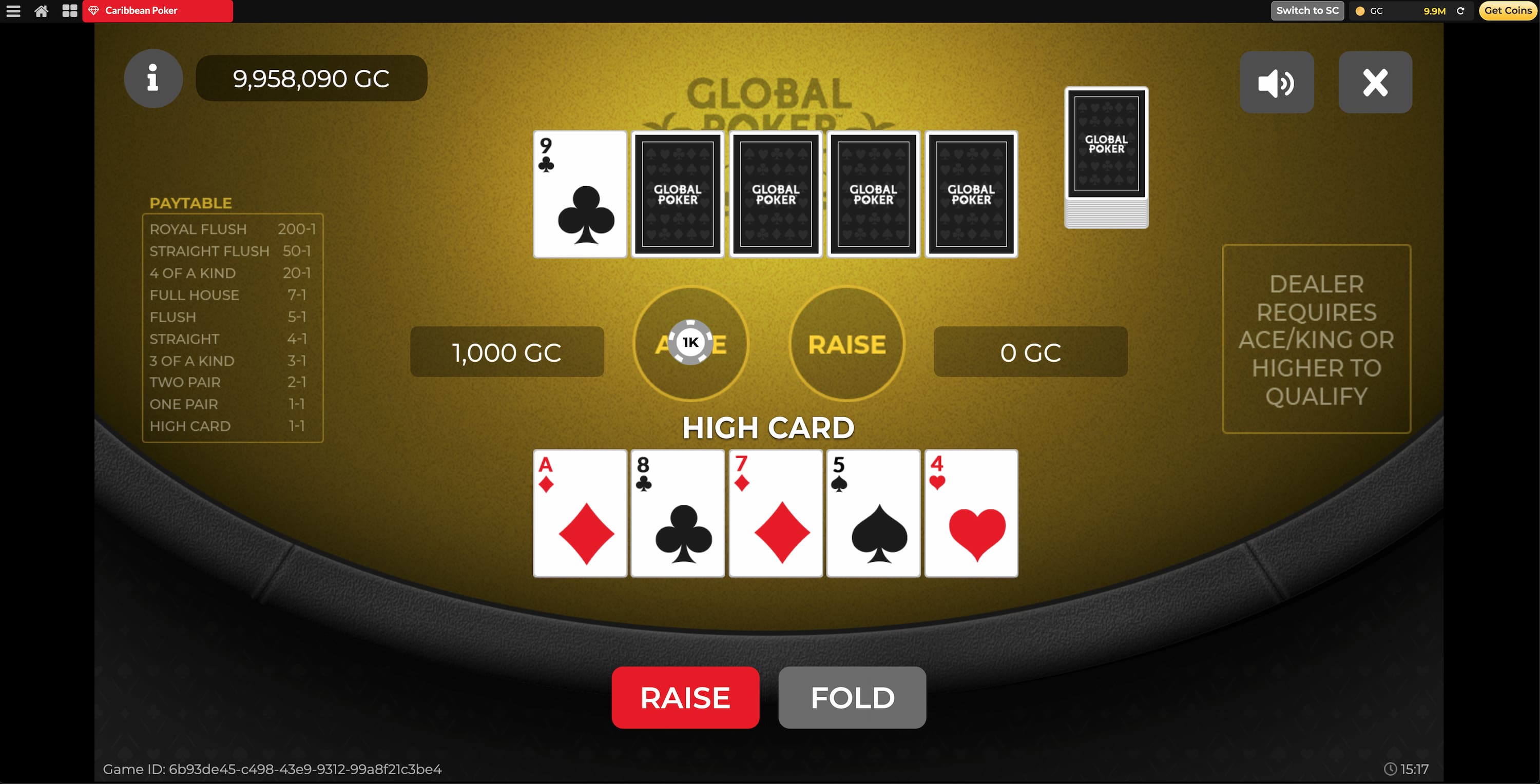 The rules can vary from casino to casino and from location to location, but these are the Global Poker Caribbean Poker Rules [PDF].

If a player's cards beat the dealer's cards, the player will receive an even payout (1-1) on the ante, and the following on their play.

There are two general pieces of strategy advice that cover most hands.

Raise with a pair or higher, fold with less than Ace King, and raise on ace/king if any of the following three rules apply.