THIS ACTION-PACKED POKER GAME IS FAST-BECOMING THE MOST POPULAR PLAYOFF ON THE POKER SCENE. THE GOOD NEWS IS, IF YOU KNOW HOW TO PLAY TEXAS HOLD’EM, YOU’LL PICK UP POT-LIMIT OMAHA IN NO TIME. SO HERE ARE SOME POINTERS TO GET YOU STARTED. HERE’S ALL YOU NEED TO LEARN HOW TO PLAY PLO IN A FLASH.

OMAHA Hold’em—or simply Omaha, as it’s commonly referred to by seasoned sharks and newbies alike—is one of the most popular poker games on the poker scene. In fact, Pot-Limit Omaha (one of the three main types of Omaha poker) is fast-becoming the most revered (and the most played) game in the world. Why? Because it’s fast-paced, action-packed, and its rules are very similar to Texas Hold’em. So if you already know how to play Texan, you should be able to pick up an Omaha game in a flash. A much more appealing option if you don’t want to learn a new game from scratch.

You may have seen professional poker players on TV shows like Poker After Dark, playing a strange variant of poker with a fistful of cards—this is Omaha poker. Big players like Patrick Antonius and Viktor “Isildur1” Blom play Pot-Limit Omaha online. Their high-voltage games have resulted in some of the biggest pots in online poker history.

WHAT IS POT-LIMIT OMAHA?

While it may seem daunting at first, for most poker players, the jump from playing Texas Hold‘em to Omaha, or Pot-Limit Omaha, is an easy one, and can be picked up in just a few short sessions.

WHAT’S THE DIFFERENCE BETWEEN POT-LIMIT OMAHA AND TEXAS HOLD’EM?

Pot-Limit Omaha is similar to Texas Hold‘em, but with a few key differences. The first being the number of cards each player is dealt, and the number of cards that can be used to make a hand. After the blinds have been posted, with PLO rules, each player is dealt four hole cards instead of two. So your starting hand is four cards, of which you may use only two as your hole cards in the making of your final five-card hand.

There’s still a flop, turn and river, and the aim is still to make the best five-card hand—but each player may only use two of their hole cards, as well as three community cards from the board in their final five-card hand. Omaha Pot- Limit, or PLO poker, can have anywhere from 2-10 players at a table, although 6-max is the most common format if playing Omaha online. 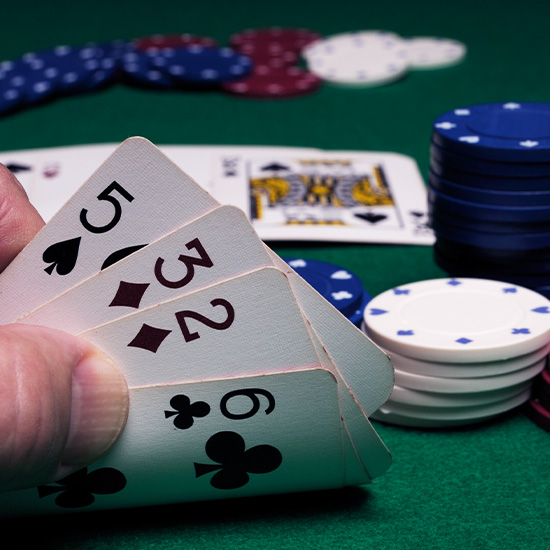 Another difference is the size of the pot. Texas Hold’em is most often played as a no-limit game. This makes the nature of the game considerably different, as it means that any player can go all in at any time.

Omaha is most commonly played as a pot-limit game, which means that a player can only raise the total value of the pot. So you can’t exceed the pot, or go all-in as you can in no-limit games. There’s a lot more skill involved in PLO poker. With fewer chances to use your stack size to bully other players, the pot is often won by whoever plays a better hand. The game becomes much more tactical.

And of course, when there’s a pot-limit, there’s less chance you’ll get carried away! Playing No-Limit Hold’em can very quickly spiral out of control, so pot-limit games are a great way to reign things in before they get out of hand.

You can read more about the differences between Pot-Limit Omaha and Texas Hold’em here.

When it comes to game structure, there are three main variations of Omaha Poker:

The limits will depend on the game type being played. Most players tend to prefer playing Pot-Limit Omaha, so if you’re learning the ropes, this is the gameplay you should focus on. Here are the Omaha rules, and some tips on how to play PLO.

The structure of play is the same for all three above formats—the only difference is the amount that you want to put in. In pot-limit Omaha, players can always play up to the size of the pot.

Once all the players have their cards, the first round begins. The first player to the left of the big blind (BB) may call, raise, or fold their hand. Action continues clockwise around the table. There is a maximum of one bet, followed by three additional raises in each round.

After the first round of betting is complete, three 3 cards are dealt face up on the table – this is the flop. Cards dealt face up are known as the community cards. These will be used by all players at the table.

Each player must use three of the community cards in their final five-card hand.

After the flop has been dealt, another round of betting begins. Starting with the player to the left of the dealer button, the first player may either check, or bet. The next player must either call, raise, or fold if there have been bets before their turn.

In PLO poker, bets and raises are always limited to the size of the pot.

Betting is more predictable when the range of possible bet sizes is limited. It therefore makes it difficult for another player to make any potentially deceptive moves. Skill comes more into play when there’s a set pot limit.

Betting continues until each player has called the amount previously bet or raised. Again, there is a maximum of one bet, followed by three additional raises in each betting round.

WHY SHOULD I LEARN TO PLAY PLO?

If you’re a seasoned poker player, you’ve probably got the game of Texas Hold’em downpat. Whilst the basics of the games are very similar, Omaha rules are much more complex from a mathematical standpoint, as there are so many more possible combinations and outcomes to account for. 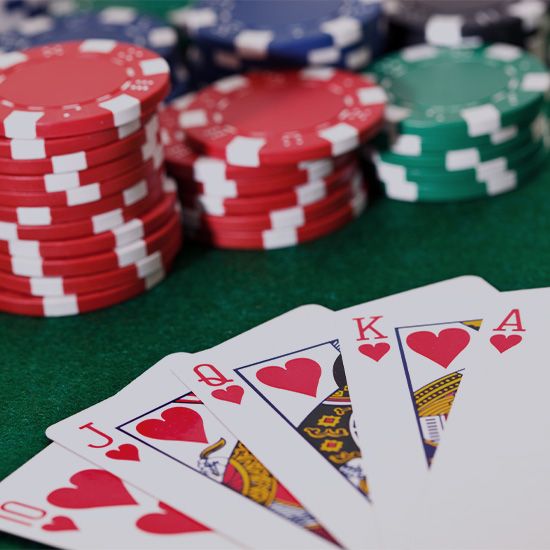 Because of the extra cards Omaha players receive at the start of the game, there’s more of a chance to create high ranked hands. In Hold’em it’s not uncommon for a two pair or below to win. In Omaha these hands will rarely make it past the first round and will almost never be the best at the showdown. For example, two aces, or pockets, have a roughly 82 per cent chance to beat two kings. In Omaha, being dealt two aces, along with two other cards, has just under a 60 per cent chance to beat kings and two other cards.

Hand selection in Omaha Poker is also crucial. In Pot-Limit Omaha, even more so because more people will make it to the showdown. Pairs are the most common hand in nearly every form of poker, and in Pot-Limit Omaha they are useless in the later stages of the game.

The PLO game can be much slower than no-limit variants, but there’s a lot more action. The restrictions on betting in Pot-Limit Omaha mean there’s more of a chance to see the flop, turn and river without being forced out of the pot. You also stand to lose a lot less in Pot-Limit Omaha compared to No-Limit Omaha, both of which appeal to casuals who make up the majority of poker players.

Omaha Poker has more restrictions on what cards can be used, but with that it brings more betting options and a larger pool of hand combinations. Texas Hold’em has fewer choices, but it’s a more straightforward game to play. Admittedly, the games are similar, but the subtle nuances mean the games can require very different strategies and approaches to be successful.

When you’re learning to play PLO, the most important strategy you need to learn is how to choose between good and bad starting hands.

The hands in PLO poker are the same as in Texas Hold‘em. 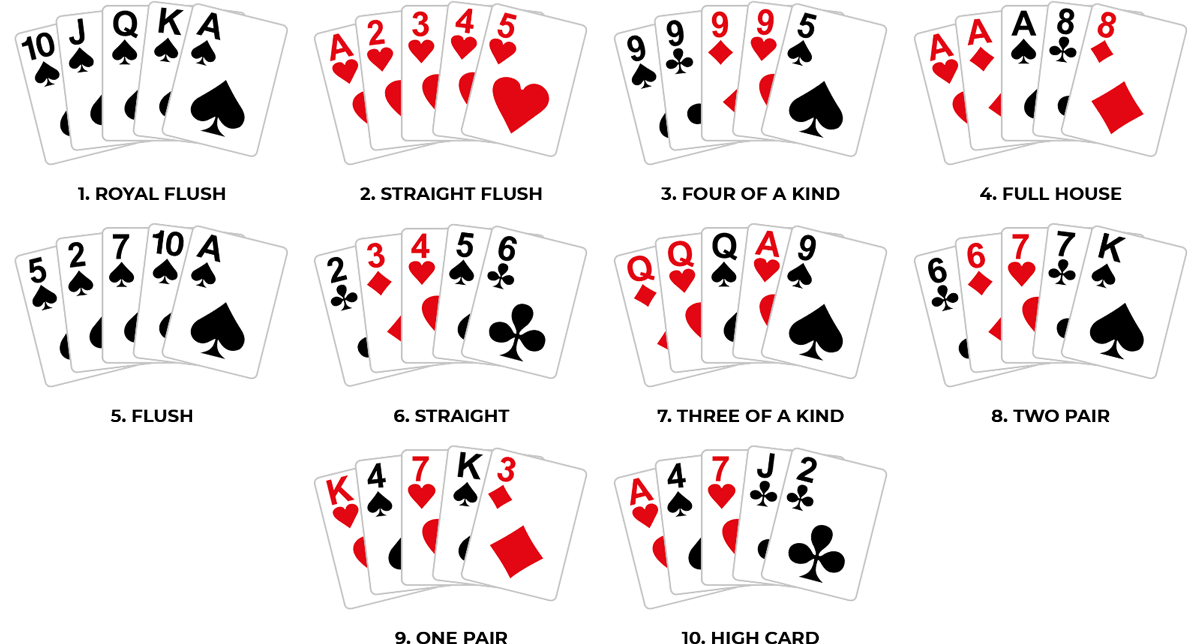 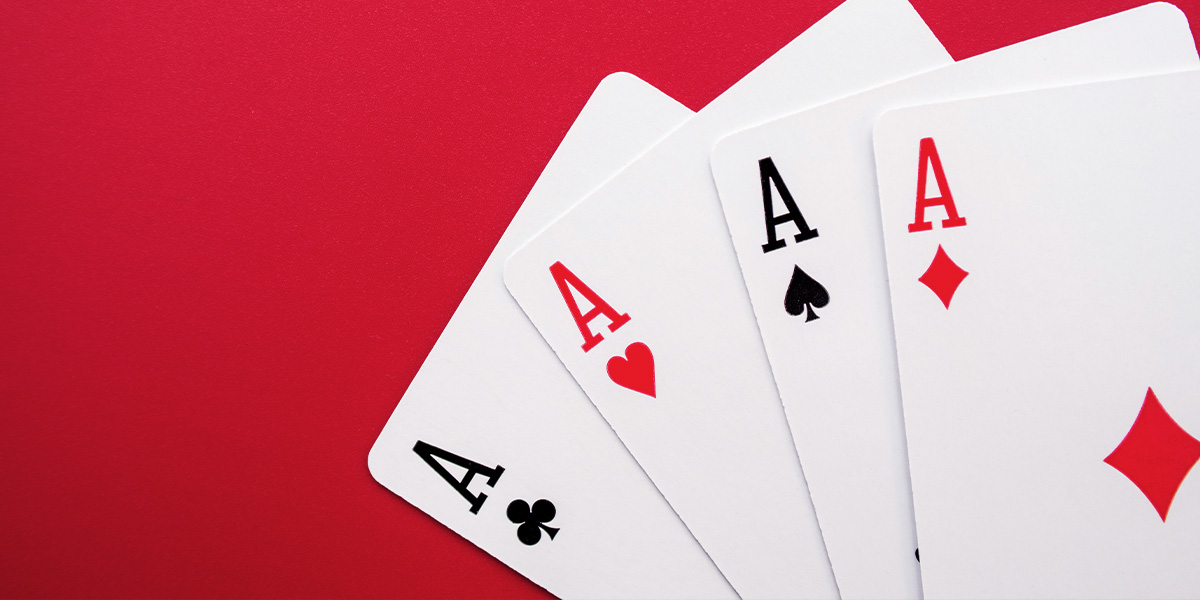 The worst starting hand in Pot-Limit Omaha is a game in which you can theoretically have four aces as your starting hand—but unfortunately this means that you have lost all your outs for those Aces! If you have all of them in your hand, you have no chance of pulling trips or better from the community cards. This is why Omaha poker is considered a game of outs.

One of the first things new players will notice is that a top pair just doesn’t cut it in Pot-Limit Omaha. Also, since players can only bet or raise the size of the pot, pre-flop, all-ins are less frequent. Think of PLO poker as a ‘drawing game’—it’s more likely that there will be straights, flushes, and full houses by the river.

Due to this increased likelihood of trips, straights, flushes and full houses, you really want to be holding the nuts in Omaha. Since Omaha is a game of outs, players tend to see more flops as they are trying to draw to get a better hand. The good news is that more players seeing flops means more chips in the pot overall.

As with Texas Hold‘em, to win at Pot-Limit Omaha, you still need to know when to play a hand, when to bet, when to bluff, and when to fold. Also, position is still important. You’ll still want to play the position like you would in a regular game of poker. If the players before you are behaving passively, try a little aggression, especially if you’re in late position (on the cut-off or the button) – make a bet to see if you can steal the pot, or at least get some people out of the hand.

As with Texas Hold‘em, there’s no perfect strategy for Pot-Limit Omaha, but here are a few tips to help you gain an edge when you begin playing PLO:

Evaluate your starting hands. Pocket Aces aren’t the nuts in Omaha – while this hand is still worth playing, don’t rely on top pair to take down the pot, especially in a hand with multi-way action. Your pocket Aces are definitely more likely to get busted post-flop!

If you’re playing Pot-Limit Omaha online, it’s easier to keep track of the pot size as it’s displayed on the board. Also, you can simply click the “pot” button which makes betting the maximum easier. If you’re in a live game of PLO poker, you can say “pot” before betting, and the dealer will help you work out the amount that is in the pot.

Remember: just because you can bet the pot, doesn’t mean you always should!

Considering the majority of hands are won with flushes and straights, it’s harder to get opponents to fold by simply betting on the flop. Most players will still be drawing to a better hand on the flop and are therefore more likely to call or even raise with a draw. This is a good betting strategy, and one which you should also be employing.

Depending on the stakes you’re playing, when playing Pot-Limit Omaha online, players generally tend to be more loose with calls and see more flops. This is because of the amount of draws any given hand has on the flop.

Overall, playing Pot-Limit Omaha online is a great way to see a lot of hands and get used to the play style of this complex and exciting poker game variant.

Since Pot-Limit Omaha rules are the same as Texas Hold‘em poker when it comes to blinds and order of play, the terms used are the same, and should be familiar to Texas Hold‘em players. For new players, these terms may be a bit confusing. This glossary provides a quick run-down of the most common poker terms: