I’m going to assume you know who Chris Moneymaker is. If you don’t, please look him up – he’s a poker legend. And with that…

Yes, his real name is Chris Moneymaker. I’ve seen his driver’s license. More than once. 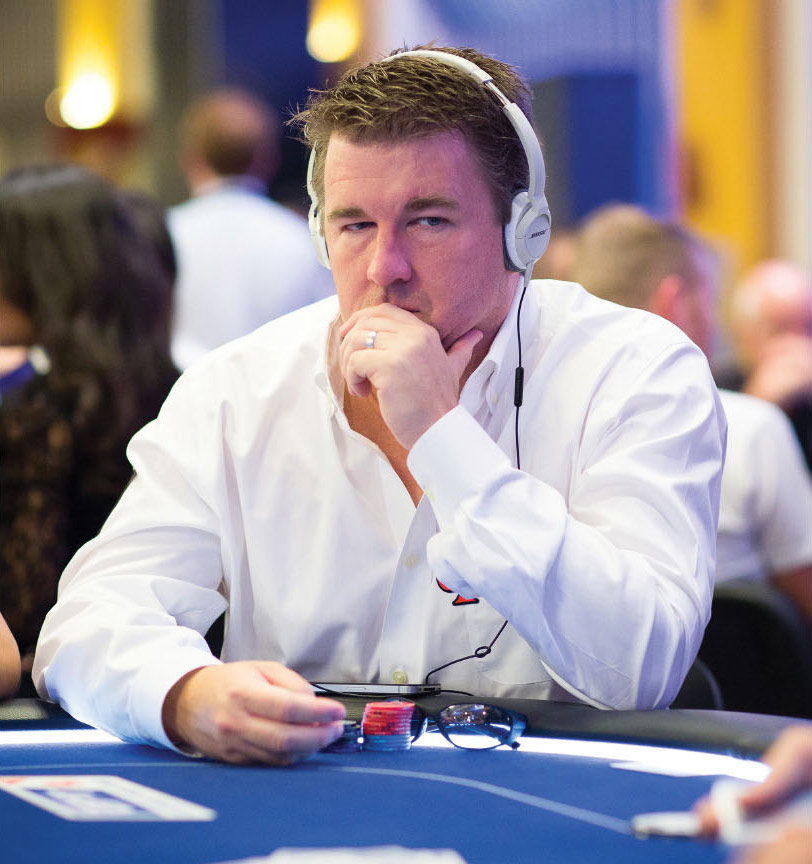 Only two people I can think of compare with Chris Moneymaker as an ambassador for the game of poker—Mike Sexton and Linda Johnson. I have spent a lot of time with Chris in poker venues. I’ve seen uncounted people approach him for photos, autographs, or just to say hi. I’ve acted as cameraman for hundreds of people’s “selfies” with Chris. No matter how Chris’s day is going, how tired he might be, how he might have busted out of a tournament ten minutes prior—he is gracious, patient, and cooperative.

FACT 3—HE CAN DEFINITELY PLAY POKER

You hear a lot of people say, of Chris Moneymaker’s 2003 WSOP Main Event win, “Oh, that was a fluke.” Of course it was a fluke. Nobody wins the WSOP Main Event (or any large poker tournament) without some fluky things happening. You have to beat AQ with your TT and then turn around and beat TT with your AQ. Sometimes you have to spot the other guy the near-nuts then get there. That is the difference between the woman who’s putting the bracelet on her wrist and the one who’s telling you her “I got 3-outed” story.

But you also have to play really good poker to win the WSOP; Chris did that. Watch the famous pot between him and legend Sammy Farha. Sammy spent a lifetime making his money by outsmarting very smart guys at the poker tables around Houston. Chris bluffed Sammy out of his Italian leather shoes.

I’ve watched Chris Moneymaker play poker more than you have; he’s really good. Is he top two percent German automaton material? No, but few are. Chris gives action, plays an active game, and reads players well. That brings me to this part…

It was the summer of 2018 and Chris and I were out on the road on a promotional trip for PokerStars. We saw a lot of each other those months, and a lot of America. We’d crash into some town where there was a large casino, Chris would play in a big tournament, and I’d document and help manage it. Truth to tell, it was a ton of fun.

Of course, Chris’s job was probably a bit more fun than mine, because his job description was, “Hang out with fans and play poker.” As I wrote above, he’s damn good at both, so this was right in his wheelhouse.

There we were at Mohegan Sun in Connecticut. The tournament was done for the day, and Chris was where he generally was at that point during one of our trips—mixing it up with the locals in a cash game. When there was PLO to be found, that’s where I’d be looking for Chris, but in this case, he was playing a very middle-of-the-road $2/5 no-limit hold’em game.

I had actually escaped my hotel room, either because I’d finished all the work I was supposed to do, or because I couldn’t bear to type another sentence; either was possible. And I found an open seat in Chris’s game.

“Lee Jones. Have you come to give us your money?” “Probably. Chips please.”

Now, it’s safe to say that Chris and I play two different poker games. Chris mixes it up in a lot of pots, dodges, weaves, and counts on outwitting and out-reading his opponents. He’s good at it, and it works. Me, I’m a nit. I count on showing up with better cards than the other guy a large percentage of the time. Chris knows this.

An hour into my session, I was in the small blind, Chris opened in mid-position to $20, and I got ready to fold and drink my coffee. I mostly fold from the small blind, I definitely fold when there’s a raise in front of me, and I particularly fold when that raise comes from somebody who reads me well and would take extra joy in bluffing my face off and then showing the table that he’d done it.

Only I looked at my cards, and they were an ace and a king. Folding was no longer an option, nor was calling.

I made it $90 to go, off a stack of $550. Chris had me well covered. He raised an eyebrow and called. Already my plan was failing; I’d wanted him just to fold and get onto the next hand.

Well, the plan failed right up until the flop of A-K-5, rainbow. An above average flop for my specific holding, as the poker vloggers like to say. I bet $105, and Chris snap-called. If he had a set of 5’s, he was going to get all my chips, and (from his perspective anyway) they would look quite pretty sitting in his stack.

The turn was a jack, completing the rainbow. With essentially a pot-sized bet left behind, I had only one play.

Chris paused, so I knew I hadn’t run into a set or queen-ten. Whatever he had; I was crushing him at this point.

“You never have worse than ace-king here, do you?”

“Nope.” I didn’t say that part out loud; I never do. I’m pretty sure I give away a lot more information than I get by talking during a hand, so I just keep my mouth shut. I stared at the five of clubs on the board as if it were the most interesting thing in the room.

I mean, Chris had read me perfectly. My top two pair was exactly the worst hand I’d ever have, having taken that line. The only other two choices were a set of aces or a set of kings.

Finally, Chris let out a sigh. “I call.”

I immediately turned up my cards and gave him the bad news. Chris turned up ace-jack, and to his everlasting credit, gave the assembled players a line they’ll never forget—“Oh my god; I’ve gone full Daniel! I announced your hand but still called. I can’t believe it.” 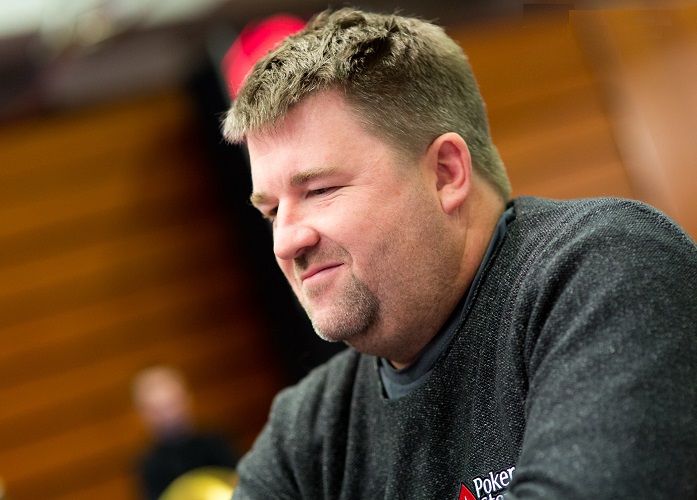 You see, poker superstar Daniel Negreanu—at the time a colleague of ours at PokerStars—is legendary for his hand-reading ability. But occasionally he couldn’t bring himself to *act* on that read. He’d announce to the table that his opponent had a better hand than he did, sometimes in chilling detail, and then put the chips in anyway.

Exactly what Chris had just done.

The dealer put out some meaningless river card, and I doubled my stack.

Chris talked to himself and the ceiling for a couple of minutes, but was quickly back to being himself, and never for a moment lost his sense of humor about the whole incident. As I said, he’s always been a stupendous ambassador for the game, and this was just another example of it.

If you ever get a chance to jump in a cash game with Chris Moneymaker, run don’t walk to your seat. It may not be the most dollar-expected-value move of your poker career, but you’ll never forget the experience.

I certainly never will.