Yes, You Can Fold AK

THERE’S A FIRST TIME FOR EVERYTHING

I was playing at the Desert Inn in Las Vegas. Now, if you don’t know about the “DI,” ask anybody of a ‘certain age’ who hung out in Vegas. The DI was where the Wynn is now, and it was a Las Vegas institution. I could write a whole blog piece about the DI, but I’ll do that some other time; right now I’m here to discuss folding AK. 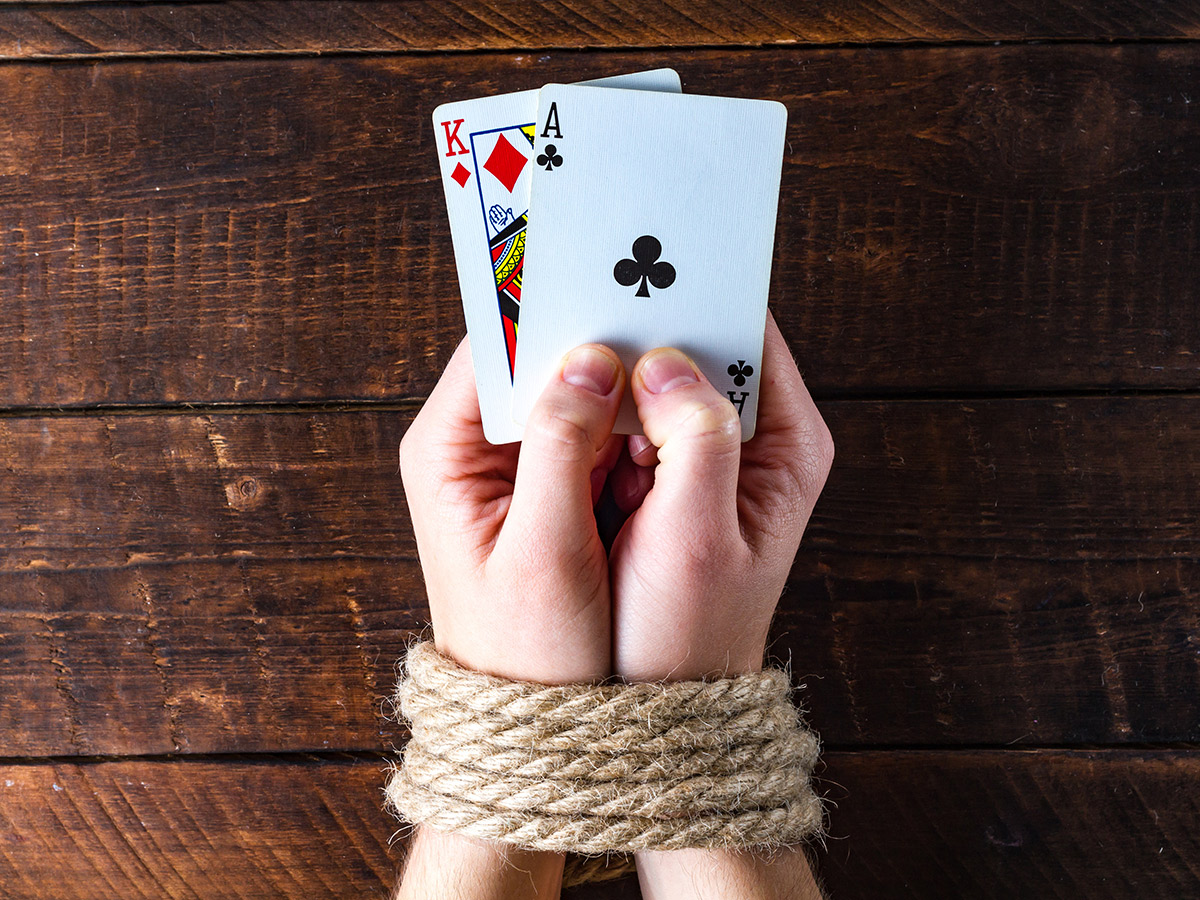 The “poker room” at the DI was just a handful of tables over in a corner. But the DI was unlike many Vegas casinos—it had windows (shocking I know), and I have a clear vision of sunlight playing on the tables. Roy and I were playing the afternoon $30 No-Limit Hold’em tournament; probably 2 or 3 tables of the lowest of low-rollers.

I don’t remember much about the hand, the stacks, or anything. I just recall there were a couple of limps then an old guy shoved his whole stack in. When I say, “old guy,” I mean somebody who was probably younger than I am now, but that’s not the point. He was the stereotype of what the kids might call “Old Man Coffee.” He was old. He was drinking coffee. And he spent a lot more time drinking coffee than putting chips into pots. I didn’t know a lot about poker at that point, but I knew he had a premium hand. I glanced at my cards as just a formality before folding them.

Now I had a problem on (and in) my hands. At the time, the general consensus—never a particularly trustworthy source, to be fair—was that when you get AK, you just put all the chips in and see five cards. That’s what I’d been doing in my limited no-limit Hold’em tournament experience, with the expected result: won a bunch, lost a bunch, probably more of the former.

But this time, a new poker synapse connected. I didn’t have to shove all the chips in with AK; I could consider the context. Well, the context was that a guy who played almost no pots suddenly shoved his stack in.

What did I think he was going to show us? Like, was that AQ? I do remember having that thought and chuckling to myself about it. He’d sooner switch to decaf than bomb his chips in with AQ.

Finally, I did the unthinkable—I silently tossed that AK toward the dealer, face-down. Much to my relief, one of the limpers called the all-in. To nobody’s surprise, ‘Mr. Old Man Coffee’ had aces. And at that moment, I felt I’d taken another step toward Parnassus. AK was just another poker hand you play as the situation demands; when the situation demands you fold, you fold.

NOW YOU TRY IT

If you are on a short stack in a tournament—let’s arbitrarily say 20 big blinds (“BBs”) or fewer—don’t even think about folding AK. Certainly, there are situations where it would be correct to do so, and perhaps you can discern them. But suppose you make a rule that says, “If I have 20 or fewer BBs and I get AK, I’m just putting the chips in and we’ll see if they come back.” I doubt your poker results would suffer much.

But here’s the deal: since I started playing poker tournaments a hundred years ago, tournament stacks have gotten deeper. I mean a lot deeper. Did you know that for the longest time, when you played a WSOP event, you got a chip stack equal to the dollar buy-in, and the blinds started at 25 and 50? If you were playing a $3k event (not chump change by most people’s reckoning), you started with 60 big blinds, and it went down fast from there. After the first hour or so of the tournament, if you hadn’t doubled up, then closing your eyes and shoving AK could hardly be wrong.

But now, players have demanded deeper stacks (double stacks, mega stacks, whatever) and tournament directors have obliged. It’s common to find yourself sitting on 100 or 200 or 500 BBs.

You need to be ready to fold AK, OK?

There are two reasons for this: (a) there is enough preflop play for you to sniff out a hand that has AK in rough shape, and (b) if two non-insane players put 100 BBs each into the pot preflop, AK is in a world of hurt.

Let’s look at each of those.

Unless the guy who shoved all-in is on screaming monkey tilt, your AK is not doing terribly well. Quite often, that will be the dreaded AA/KK, and you have 19% equity. If it’s not, then it’s something like QQ or JJ, and you have 44% equity. The good news is that if it’s February 29, there’s a fair chance the all-in guy has AQ and you’re crushing him.

The point is that if you started on a 25 BB stack and this sequence of events took place, you’d have to shrug and call; there aren’t enough chips left behind to make a fold with a hand that strong. But when you have 97.5 BBs left after your opening raise, you must seriously contemplate folding.

Consider the example above. Suppose, for whatever reason, you decide to call the 50 BB shove from the cut-off. Now the person who 3-bet you in the first place says they want to put their entire 100 BB stack (and yours) in the middle.

Well, they know you’re never folding (nor should you). But with all that action, they still want to play for stacks. Not even on February 29 do they have AQ. No, on February 29 it’s another AK and you’re flipping against them and whatever the cut-off has. But every other day of the year, they have AA or KK.

THE FIRST ONE IS THE HARDEST

The first time you fold AK preflop, it’s pretty damn tough. You wait a long time to get premium hands like that; folding one without seeing if you flop top-pair-top-kicker is hard on the nerves.

But once you do it that first time, you’ve leveled up. Not all poker players can fold AK preflop; if you can, you’re well ahead of that whole group.

It’s one poker hand that isn’t even a pair yet. When the time comes, fold it and forget it. Then drop me a note and tell me how good that felt.