The Biggest Bluff - A Classic Poker Book Fresh Off The Press

It’s about time that somebody investigated poker with the clarity it deserves, without all the Hollywood and Old West baggage.

It’s about time that somebody who is a gifted and formally trained psychologist stumbled across the game, fell in love with it, and described the experience.

It is about time that someone used poker to mirror her own life, adjust it based on what she saw, and journaled the process.

Maria Konnikova has done all that.

As I write this, her book, The Biggest Bluff, is a month old. But I am going on record to say that it will be regarded as one of the finest narratives about the game ever written. As I discussed in a previous article, great writers such as Al Alvarez and Anthony Holden have turned their powerful narrative light on poker. But they did so back when the masters – Doyle Brunson, Amarillo Slim, Jack Strauss – were old-time road hustlers. The interviews with these titans in Biggest Game in Town and Big Deal produce semi-factual tales and late-night TV clichés about rattlesnakes and trappers. Which are great, but they don’t leave us with a transcendent understanding of poker.

Contrast that with Konnikova, who came to poker not via Johnny Moss, but Johnny von Neumann. Determined to master the game’s intricacies, Konnikova relentlessly courted Erik Seidel to be her mentor. Yes, Erik Seidel, who has crushed tournament poker for over thirty years (let that number sink in for a moment). 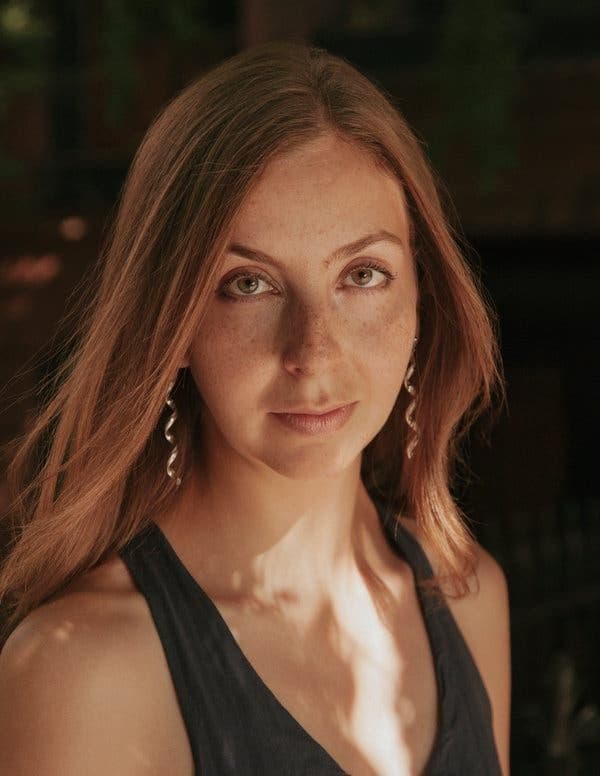 Erik is especially intrigued by my language ability. “You can speak how many languages?” he asks. “Well, only two completely fluently, English and Russian. But I’ve been fluent in French and Spanish in the past, and pretty good in Italian,” I continue. “I used to take Persian, but I’ve really forgotten all of it.”

“I think that’s going to be really helpful,” Erik says. “Do you know Phil Ivey?” I nod. He’s one of the only poker names that is on my radar. “There was an argument for him being the best at all of these different poker games at one point,” he explains. I can think of each game like a different language that needs to be mastered. “And what’s extra fascinating about that to me is that his sister is a linguist. And she speaks fifteen languages or something.”

Seidel is musing on the relationship between linguistic skill and poker acumen. Nary a mention of a golf bet.

The most compelling moments of the book come as poker begins to shape Konnikova’s real-life thinking and behavior, and she recognizes it happening…

A few weeks after my first [online] poker win, I’m approached by a magazine to write an article. I look back through my old emails. I’ve played with this opponent before: she’s asked me to write in the past, multiple times. It was always a little too small a sum for the effort required, so I’d never actually written anything. Every time I mentioned money, she walked away.

It took a second before I understood what I had read. “Opponent?” But of course. Konnikova would like to write the piece, but not at the price she’s offered. Her emerging poker brain takes over…

You have to play smart. So I decide to check back: I’m not really doing much freelance work these days, I respond. I’m working on my next book. Not a refusal, but something that leaves the action open. Turn the decision momentum so that the power of position is on my side.

Boom – there it is. Position. The message that I constantly deliver to both my poker students and my kids. Make the opponent go first. Konnikova plays this real-life hand perfectly and ends up getting an excellent price for the article.1

As if this weren’t enough, much of the book is her retelling and reframing the lessons that Seidel teaches her along the way. A reasonable subtitle could have been, Or, Erik Seidel Describes His Approach to Poker and Life. Seidel has always been quiet and unassuming throughout his career, and famously unwilling to share his “secrets.” Notably, he was one of the last people refusing to show his cards to the lipstick cameras in televised tournaments. This book is a window into how one of the greatest players has thrived, even as poker has gone through seismic changes that toppled many giants. The bad news is that Erik doesn’t tell you how to play ace-queen offsuit in early position. The glorious news is that his approach to poker, and life, if taken to heart, would make us better players and better people.

Of Seidel, she writes:

He refuses to plateau. If I had to assign him a life motto, it would be this: life is too short for complacency.

I finished that sentence in the book, put my Kindle down, picked up my mandolin, and practiced hard for an hour. Thank you Erik; thank you Maria.

Konnikova also confronts the misogyny that plagues both poker and the real world. 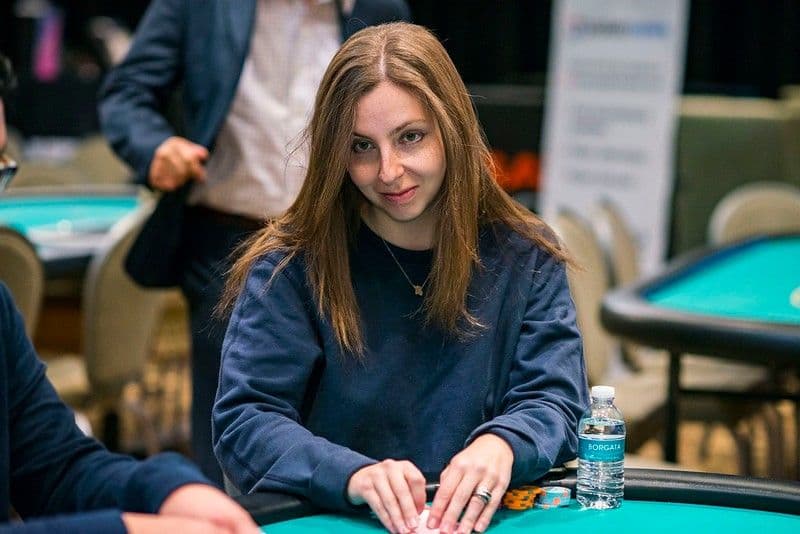 It comes to me then, the thing that’s been nagging at me, and I don’t at all like the realization: a lot of my failure to up the aggression factor is due to my social conditioning. Over the years, I’ve learned that it doesn’t pay to be aggressive while female.2 It’s unattractive to those in power – namely men, but also some of those women who have managed to make it to the top and now don’t want to jeopardize their positions.

Now, here’s the twisty ending: I haven’t finished the book yet. In fact, according to my Kindle, I’m only 25% of the way through. Which gives me the same sense of surrounded joy I get when I’m two days into a ten-day bluegrass music retreat in the Blue Ridge Mountains.

How, then, do I know this book is going to be one for the decades? Let a baseball fan hear the clear crack of bat on ball and watch the first half-second of the ball’s trajectory. They’re already on their feet celebrating the home run. So it is with this book. Before the ball has cleared the infield, I know Konnikova has hit it out of the park.

It is, indeed, about time.


1 By “excellent,” I mean, “Made me spit out my coffee when I saw the number.” I am drafting an email asking her to be my literary agent.

2 Note here the subtle, but unmistakable, riff on the sad American meme of “Driving While Black”

Lee Jones has been in the poker industry for over 30 years. He writes at the Global Poker blog, plays poker every chance he gets, and coaches poker. You can contact him at www.leejones.com.​