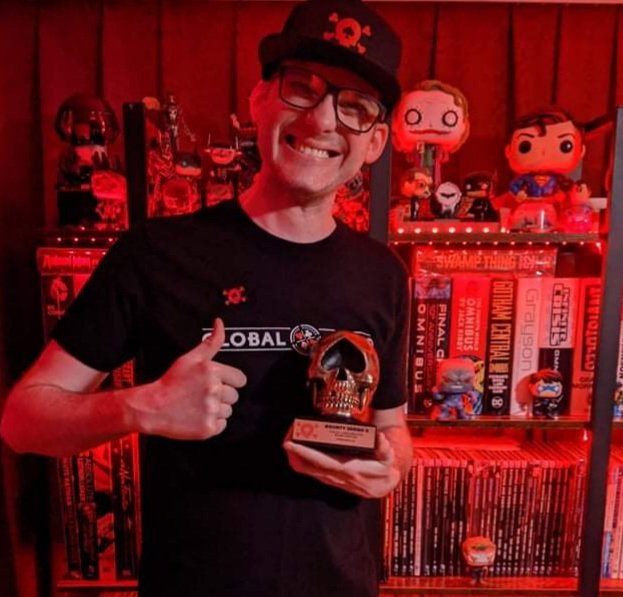 Alabama Crimson Tide! I'm old enough to have endured some really awful seasons, so the last dozen years of sustained success have been very fun for me.

I've been playing all kinds of card games pretty much my entire life. I really got into poker in 2004 & I absolutely love NLHE. Honestly, my fondest memory was, and will forever be, when a fellow GP player, Greg [AngryMucker], reached out to me after my Dad passed & dedicated his play to him. The very next night, Greg won a Goat trophy & had it sent to me in honor of my father's memory. GP was so incredible about the whole situation that they sent Greg his trophy, as well as one for my Dad. This act of kindness from all of those involved, people I've never met in person, truly holds a special place in my heart and means more to me than anything I could ever win. It showed me that GP sincerely cares about their community of players.

An ad showed up on my FB news feed. I tried it out, loved it, and have played there ever since.

I mostly play low stakes MTTs, so my biggest single win was ~SC1100. I firmly believe the best is yet to come for me, as I continue to grow & learn more about the game.

Is there such a thing?

My most recent one. The sting wears off & the others are forgotten whenever I catch a new bad beat.

I love watching & discussing movies. I keep a list of every movie I see & I average ~200 per year.

The Hunter or Predator and I would rename it after a dinosaur, like maybe The Megalosaurus - the first dinosaur to be described scientifically. I've loved dinos my entire life, if you couldn't tell from my GP name.