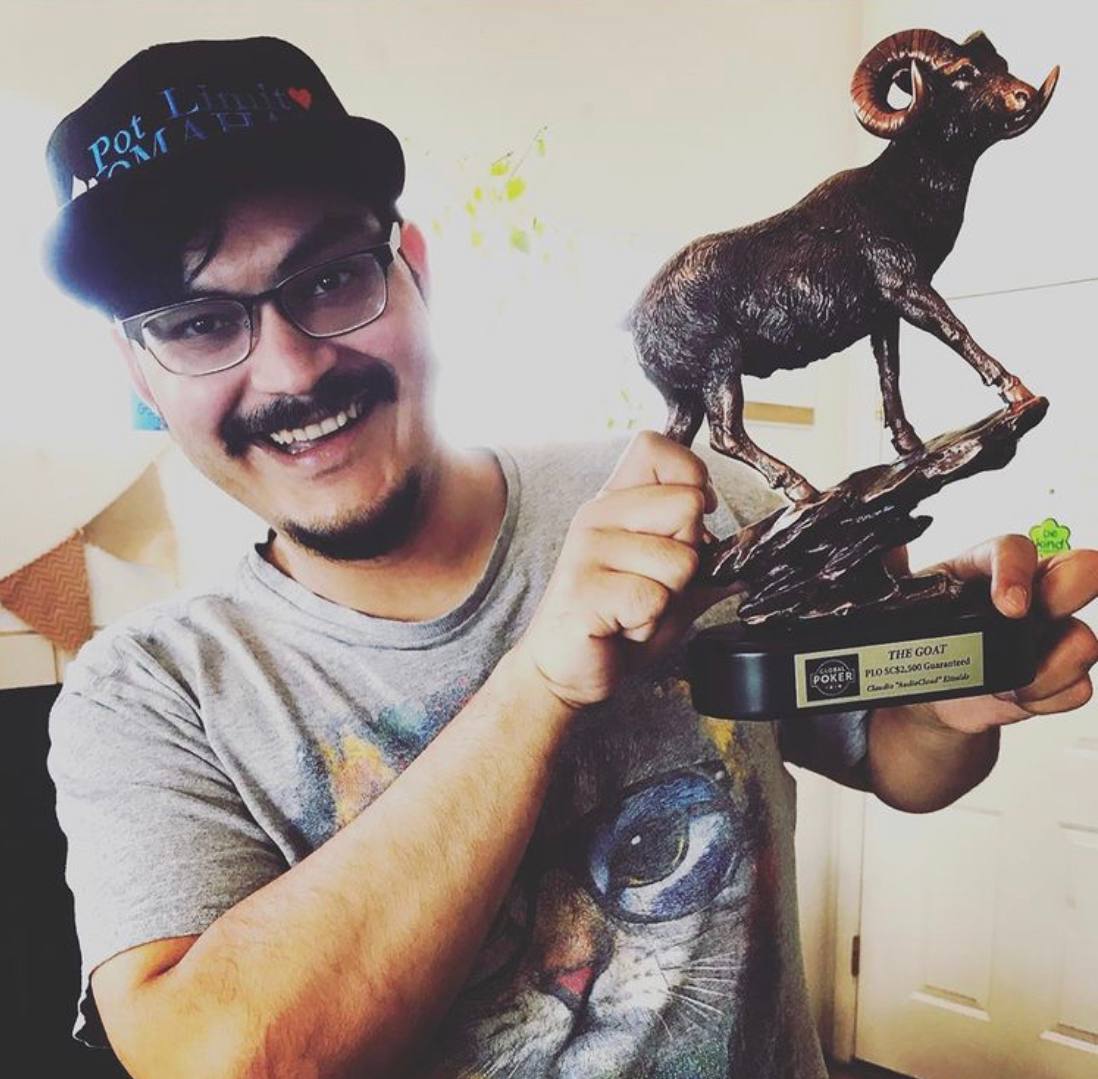 I recently moved from the desert to the forest. Eugene, OR is where I live now, my home town is Tucson, AZ.

I've never been an avid fan of sports. I root for Mexico during the World Cup and the local team wherever I'm currently living. Individual people always seemed more interesting to me than a team; I've read plenty of bios on people who were considered the best, whether it be a baseball pitcher, chess player, or gamer.

Jeez, I guess I've only been playing poker about 8 or 9 years, but it feels like a lifetime - I started sometime in my early twenties. The early days of learning poker are something special that just can't be replicated; I remember making a FaceBook post just asking who would be interested in getting a game going. After getting a few responses we went on to run a game every Monday that was basically a 20 sit-n-go. I'm still friends to some capacity with all the people involved in that game, some continued to play and some didn't - either way there was something special about starting all together, arguing strategy moments after a hand ended and just dipping our toes in the murky waters. We didn't know what fish and sharks were then - we were literally just splashing around. Sometimes I miss my sweet ignorance.

I've been playing on Global Poker for over 3 years. My first recorded game was literally Jan 1st, 2018, but it was maybe 6 months after that I started to take playing online more seriously.

I don't remember exactly how I heard about Global Poker, I think I saw some advertisement on social media. I can tell you what motivated me to play more on Global, though. I had a buddy who played in a tournament I hosted live who went by TrafficKing on GP. He had some nice results going for him and I won an early Eagle trophy. I wanted to pass him up as I challenge!

My biggest win was on Global for just under 4k Sweeps Coins! I had a buddy over, went live on Twitch, had my girlfriend watching and ended up catching a boat against my opponent’s Broadway to win in quite epic fashion. I'm still hurting for my first 5-digit score.

My worst poker moment was probably the time I let Jeff Gross win a $550 PLO Championship because I was just potting it every time we were heads up in a hand. He won every single one of those altercations and the $10k uptop would have been huge money for me at the time. I think I was 2nd in chips five-handed and punted my way to 5th place. It was a big learning experience for me, ultimately, but I've never won $2k and been so upset before.

For each era of my poker career I could tell you a brutal beat I took. There are so many moments a turn or river delivered a dagger when I just had to fade a few outs in what felt like a huge opportunity. I'll narrow it down to one for now. In 2020 the WSOP ended up being online, but you had to be in Nevada so I traveled to Reno to stay with a good friend of mine. I was playing the highest stakes tournaments I'd ever played online - I ended up playing a 700 NLH event on night that I hadn't initially planned on playing. This hand came up in the second or third level (I must've been playing over 350 BBs deep): Early position limps and I raise 3.5x from the cut-off with JJ. The big blind min-clicks a raise and the initial limper folds. Immediately, I have alarm bells going off because I just think the min-raise looks like QQ+ way too often, but I'm getting a price to call and I'll be playing in position post-flop. We call and the board comes down 34T rainbow. Normally this would be a good board for our hand, but I'm still just pegging my opponent for a big pair when they lead out for two-thirds pot. I can't fold on this board to one bet so I put a call out, which really doesn't count for a large portion of my stack. The turn we hit a J so I'm now sitting with the nuts on a 34TJ board that has two hearts on it. Now my gears start really turning when my opponent leads for a nearly pot-sized bet. I'm not afraid of the over-pair anymore and end up settling on shoving. I do this because I worry a heart on the river will kill my action in a spot where I'm squarely putting my opponent on a pair bigger than Jacks. The shove is actually enormous, but I'm doing my best to try to play exploitative in this moment. My opponents ends up using nearly their entire time bank before calling with 56hh... he flopped open-ended, turned a flush draw and... a deuce on the river, that would normally change nothing just knocked the air out of my chest in that moment. Absolutely brutal.

When I'm not playing poker or listening to a poker podcast, or watching a poker video, or planning on playing a series, or reading a book about poker then I'm eating a good meal, going on a hike with my fiance, traveling, reading, doing upkeep on our inflatable boat, watching Shark Tank, learning about money, petting our cats or spending time with family and friends. As far as other games go, I love to play Magic: The Gathering and Dominion. Moving forward I'd like to revive my interest in rap, stand-up comedy. and general entrepreneurship.

There's currently an un-named PLO8 tournament that starts my grind with 1R1A. I think it'd be cute if it were named "The Judo Chop", as judo is meant to be a fighting style based on leverage.


If you’d like to be featured in the Players’ Lounge, drop us a note at communicationsteam@globalpoker.com. We’ll be in touch.