At the start of my video interview with Robert Iler, I had a confession to make: “I’ve never seen an episode of The Sopranos.” He chuckled, “Well, I’m probably about eight episodes ahead of you; they made us watch the first episode of every season at the premiere.” 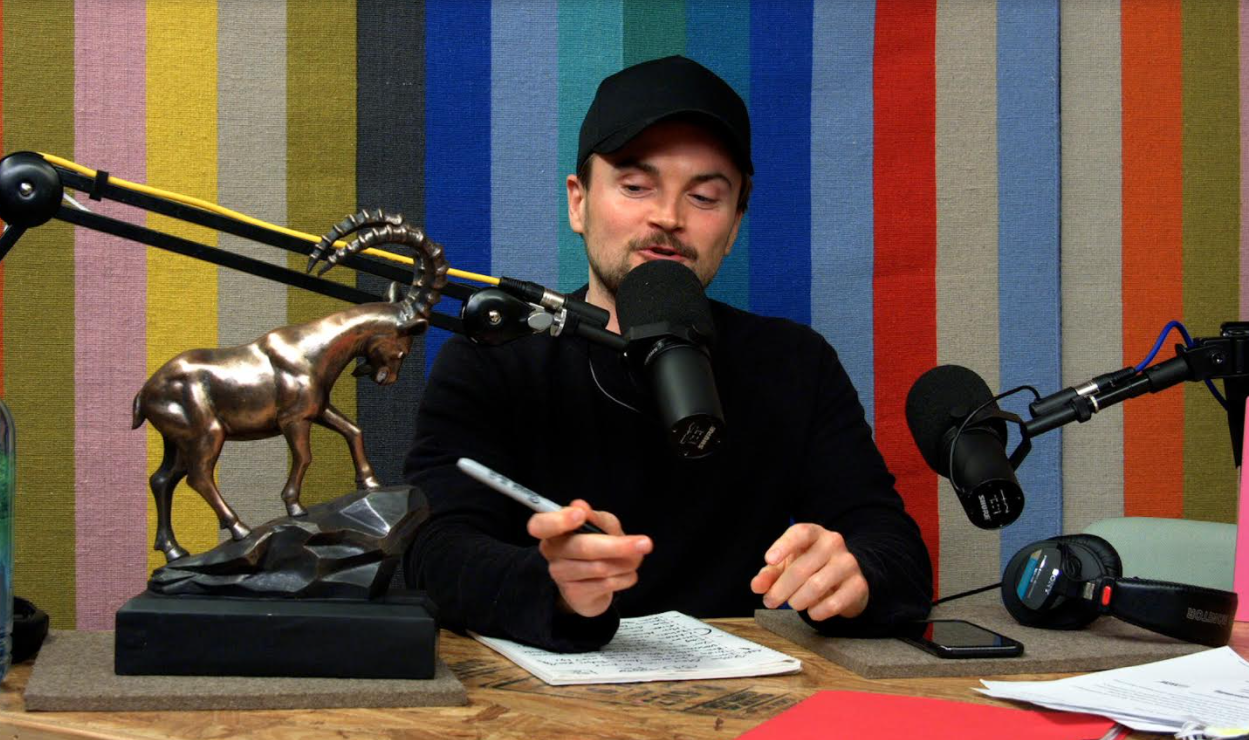 If the name Robert Iler isn’t familiar to you, you may well recall him for his role as AJ Soprano, son of troubled mob boss, Tony Soprano, on the multi-award-winning HBO series, considered by many to be the finest TV show ever made. The Sopranos made Iler famous for, among other things, a Slipknot windbreaker.

That was many years ago and Robert Iler has moved on. Not least, he’s become quite a poker player and recently won a Global Poker Championship tournament during The GOAT. Hence my reason to talk with him.

I asked him how he got into poker, but I kinda knew the answer already. Iler was born in 1985 so he would have been 17 at the dawn of the World Poker Tour on TV and 18 when Chris Moneymaker won the WSOP. Prime demographic.

“I was playing poker with my friends in high school. A lot of poker. Pretty quickly I figured out that I was better than they were. So I studied some, watched the videos.”

Was he into the poker books?

“I wasn’t into the books so much. The cool thing about the videos is that you can sit with your friends and watch them together. Then afterwards you can say, ‘Oh, I got this from it…’ and your friend got something else. So you share and discuss, it’s fun. It’s not the same if everybody goes away and reads a chapter in a book and then gets together to discuss it.”

“I had friends who were semi-professional partiers. But I was full pro. I would basically wake up and decide if I was going to play poker that day or get [messed] up.”

Never having gone down the substance addiction path (unless you count buttermilk biscuits and dark chocolate), I’m intrigued by those who have gone down it, yet returned. It’s discipline and focus that I’m not at all sure I could find in myself. How did Iler find his way back?

“A room full of pain. Like, I imagined myself lying in a hospital bed dying of lung cancer, with a machine breathing for me, while my family and best friends sat there crying. A room full of pain that I had caused.”

That got my attention.

“I started cutting back on cigarettes, alcohol, pills; all of it. Eventually I let it all go. It’s been seven years since I last smoked a cigarette.”

“I reached a point where I wasn’t enjoying it. You know, you go play with your friends at somebody’s house, and it’s always a blast. Even if I lose, I’m having a great time, everybody’s gambling and chatting. But I’d go to the Aria and I’d see the same regs there all the time. Even if they were winning, they’d say thing like, ‘Oh man, I’m just not keeping up with my hourly for this month.’ They were all miserable. I reached a point where I’d think, ‘Let me make my $500 for today and then I’m outta here.”

Interestingly though, his poker urge came back when he moved to Los Angeles 18 months ago to make the Pajama Pants Podcast (which I’ve listened to and highly recommend). It’s a chance for him to reconnect with fellow Sopranos actor Jamie-Lynn Sigler. And fully embrace the California lifestyle.

“I meditate, work-out, and eat organic meals. Man, working out in the times of COVID-19 is miserable. I used to be in a room full of people and the crowd inspired me. Now I’m by myself in my living room. I’ve tried putting on videos with people working out, but it’s not the same.”

But it was also COVID-19 that got him introduced to Global Poker, which eventually led to him to win The GOAT event.

“It was on my quarantine poker day. We just kept going down, you know? 700, then 600, 500. I was doing whatever else; watching videos or sports. When we got to the final table, I thought, ‘I better pay attention now.’ When we were down to three people, at one point I had just a couple of big blinds. Obviously, I spun it up and eventually won the whole thing.”

During the interview, Iler talked about how fast you grow up in New York City (he was raised in Manhattan). But I imagine even that was nothing compared to growing up on a TV production set. What was his takeaway from all of it?

“I’m never going to preach. I see a friend who’s going over to Vegas to party, and I might think, ‘Dude, is that really what you want to do? You have a kid and all.’ But I get it; I’ve been that guy. So I do what feels right to me.”

It was a pleasure to talk to Robert, and I certainly appreciate his time. Keep your eyes open for him on Global Poker; he goes by the screen name ‘Ritzthekid.’